Our organization began in 2005, thanks to the foresight of the American Architectural Foundation (AAF) and Chicago Architecture Foundation (now the Chicago Architecture Center, or CAC). At the time, AAF trustees were looking for opportunities to strengthen design education efforts in grades K-12. CAC staff had long been leaders in design education for youth and teen audiences, but they also sensed the need for a more productive arrangement to facilitate information sharing – frequent had been the calls to help counsel emerging architectural organizations. The two organizations worked together to establish regional workshops and meetings, most held in Chicago, that gave rise to the Architecture + Design Education Network. A year later, The American Institute of Architects joined as a third founding partner for the project.

In searching for programming inspiration, the conferences tapped veterans of architecture education and of design thinking, broadly conceived – Fred Dust (IDEO) and Margaret Davis (North Carolina State University) among the early featured speakers. With the discourse deepening, capable thinkers on issues of nonprofit management were brought into the fold, tailoring advice to the needs of architectural organizations. The newfound success of storefront operations such as the Center for Architecture in New York (opened in 2003) only heightening the need for such programming know-how.

To effectively meet the needs of our growing family of members, the time had come to establish the Association of Architecture Organizations (AAO); designed as an umbrella organization and governed by an independent Board of Directors to serve the interests of many parties and programming areas.

Soon after AAO’s founding in November 2009, the organization’s conferences began to be supplemented by ongoing conversation among informal knowledge communities with interests ranging from architectural tours to public programs to K-12 design education. A monthly newsletter began to serve our community with insightful features about AAO members, job postings and funding opportunities, as well as spotlights on technology and major news stories of relevance to our field. It is now the most widely read publication summarizing the programming efforts and impact of nonprofit architectural and design organizations (with over 3,000 subscribers).

By 2011, all activities had been folded under the aegis of the Association of Architecture Organizations, including a major conference held that year in Philadelphia and a national competition for K-12 architecture education, the winners invited on to a final round of judging overseen by the International Union of Architects.

Now held annually, AAO's Design Matter Conference is the world’s only annual meeting dedicated to inspiring public interest in architecture and urbanism. Since 2015, the Conference has been held in Chicago on alternate years, to coincide with the Chicago Architecture Biennial, North America’s largest international survey of contemporary architecture. By aligning these two events, AAO Conference attendees can supplement their experience with the Biennial’s schedule of exhibitions and installations, while taking part in a larger global discussion on the future of the field. On alternate years, the AAO Conference brings participants to new cities and offers the chance to see first-hand the activities and issues facing a wide range of AAO members across the country.

In recent years, AAO has prioritized international design issues, and has emphasized serving AAO members outside of the United States. To this end, CEOs from architecture centers across North America and Europe met in London in June of 2017 to address how to best steward design in a fast-changing political climate. Sponsored AAO, the retreat was held at the New London Architecture Centre, where a think-tank of the industry’s most experienced leaders met to explore how we can further our organizations’ relevance and strengthen our voice in an increasingly divisive society. Then in the fall of 2018, a large contingent of AAO members attended the International Confederation of Architecture Museums (ICAM) conference at the Danish Architecture Centre. The conference theme, Migrating Ideas, examined several connections and mutual interests among members of AAO and ICAM’s respective networks. 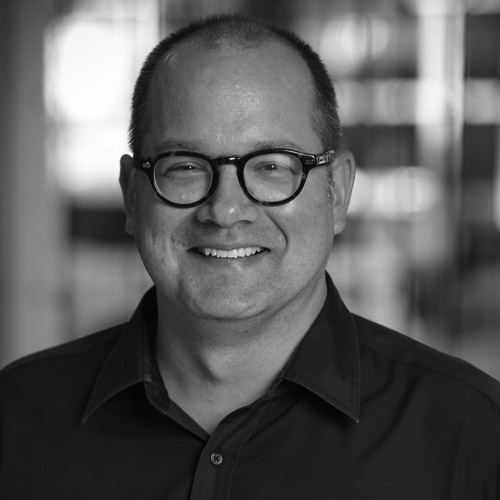 "AAO always puts on a top notch set of programs and experiences. AAO members are like long distance family you wish you were able to see more often! Learning from staff at other organizations gives us valuable new perspectives and time to reflect on our own practices."