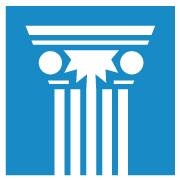 It all started with another grassroots effort to save another building. Los Angeles had suffered the loss of beloved landmarks including the Atlantic Richfield Building, Irving Gill's Dodge House, Carthay Circle Theatre, the Victorian residences of Bunker Hill, and many others.

The proposed demolition in 1978 of the historic Los Angeles Central Library was the last straw, galvanizing the local preservation movement and serving as the catalyst for the Los Angeles Conservancy's formation. After years of intensive advocacy, the fledgling volunteer group did succeed in saving the library from the wrecking ball -- and we never looked back.

The Conservancy has addressed countless advocacy issues in the years since. The highest-profile efforts include the 1931 Wiltern Theatre, now a top L.A. music venue; the 1939 Wilshire May Company building, now part of the Los Angeles County Museum of Art; and the world's oldest remaining McDonald's restaurant in Downey, now thriving and capitalizing on its heritage.

In 2005, we joined the National Trust for Historic Preservation and the Frank Lloyd Wright Building Conservancy in launching a long-term effort to stabilize and restore Frank Lloyd Wright's 1924 Ennis House, which had suffered severe deterioration.

The Los Angeles Conservancy created a Fifties Task Force in 1984 in response to the rampant destruction of mid-twentieth-century landmarks. Now known as the Modern Committee, this volunteer group built a national reputation as a leader in the preservation of Modern architecture.

The fight to save the 1876 former Cathedral of St. Vibiana in the 1990s proved to be one of the toughest preservation efforts in our history and, ultimately, one of our greatest successes. This battle was a defining moment in the Conservancy's history, forcing us to stand up to L.A.'s power structure and fueling our commitment to become more proactive.

In addition to fighting for specific landmarks, the Conservancy has worked since its founding on broad-based initiatives to foster preservation and deter senseless demolition. We have collaborated with public officials, community groups, and others to establish incentives such as the Mills Act property tax relief program, create the City of Los Angeles' 1979 Historic Preservation Overlay Zone (HPOZ) Ordinance allowing for the formation of historic districts, and enact public policies such as the 1999 Los Angeles Adaptive Reuse Ordinance, which catalyzed the rebirth of historic buildings downtown and throughout the city.

In 1999, we launched a proactive Broadway Initiative to foster the revitalization of Broadway and the surrounding historic downtown. The Conservancy continues to participate actively in public initiatives, from the city's Bringing Back Broadway effort to the first-ever citywide survey of L.A.'s historic resources.