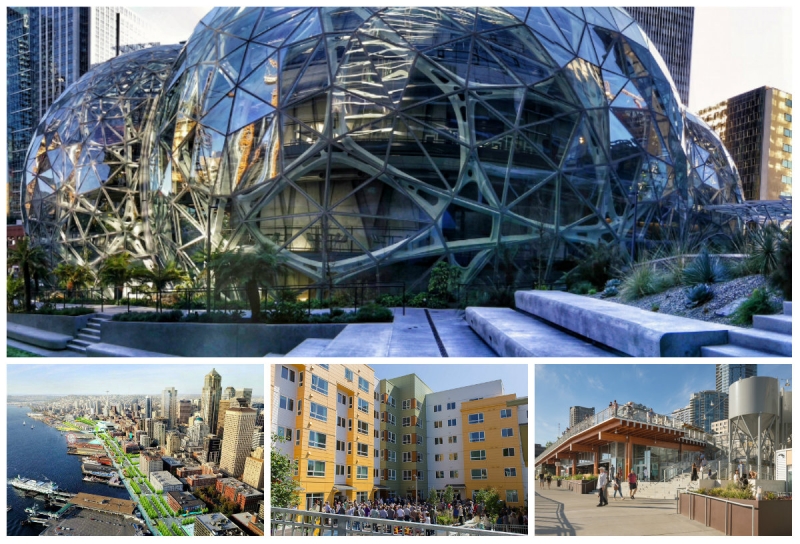 This step-on motor coach tour will depart from and return to the Loews Hotel 1000.

Stay the weekend and enjoy a full day of networking with your peers while touring Seattle. We will be joined by expert guides and local designers, as we check-in on several new developments across the city (Amazon, Pike Place, Waterfront, and more), all while gaining an appreciation for the city’s natural beauty and bold planning that has made the city what it is today.

More about our guides for the day:

Tom Kundig (invited) is an owner and design principal of Seattle-based Olson Kundig. Since joining the firm in 1986, Kundig has received some of the world’s highest design honors. Kundig is known for his elemental approach to design where rugged materials are left in raw or natural states to soften over time with exposure to the elements – and to human touch.

Angus MacGregor is a principal at Seattle-based Olson Kundig, and is a registered architect in the UK and a member of the Royal Institute of British Architects. At Olson Kundig, Angus is heavily involved in the firm’s process improvement initiatives and its adoption of technology. He strongly subscribes to the belief that change is constant and that continual learning is essential as new tools emerge and the industry evolves.

Julie Parrett is a Senior Lecturer of Landscape Architecture in the College of Built Environments at the University of Washington and a practicing landscape architect in Seattle. She has over 20 years of experience integrating professional practice, teaching, and advocacy.

Lisa Richmond is an urbanist and sustainable design advocate who has served AIA Seattle as its Executive Director since 2006. Her work at AIA has included founding a start-up strategic initiative, Design in Public; successfully advocating for progressive urban design policies; and opening the new Center for Architecture & Design.

David Williams is an author, educator, and naturalist whose award-winning book Too High and Too Steep: Reshaping Seattle’s Topography explores the unprecedented engineering projects that propelled Seattle during the early part of the 20th century.